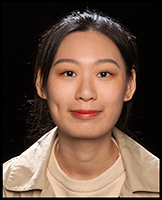 My research focuses on the influence of astronomical phenomena on the evolution of prehistoric social practice in Europe and China.

Scholars in many countries have studied ancient astronomy from archaeological materials and historical documents for decades. Apart from the recording and identification of astronomical phenomena, these studies have also highlighted how different phenomena are represented at various prehistoric megalithic sites. Archaeoastronomy in China, by contrast,has most been based on ancient documents and excavated artefacts (pottery, jade and stone tools) with less attention directed to the astronomical phenomena that might be reflected in the arrangement or orientation of the sites themselves until a couple decades ago. The walled settlement of Taosi and Xishuipo tomb offer good examples of recent archaeoastronomical research in China. By comparing the astronomy and archaeology of megalithic and other early sites in Europe and China, it may be possible to reach a better understanding of the astronomical and cosmological beliefs and practices of those of those prehistoric societies.

In addition, through this comparative study, we can also explore how the development of human society was affected by celestial phenomena, and how it was used for political manipulation in the evolution of early states.