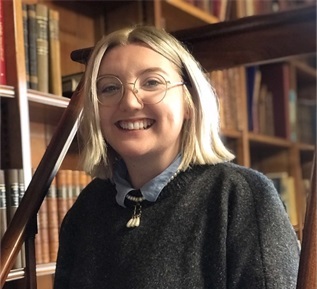 Keeping the Diseased: Plague Nursing, Care and Bodywork in Early Modern England c.1570-1665 in the Department of History

The social history of medicine abounds with studies of early modern patients and healers. Histories of nursing, by contrast, remain modernist. My PhD will challenge this periodisation by showing how it overlooks the ways in which sixteenth- and seventeenth-century communities instituted systems of public nursing in response to outbreaks of epidemic disease, and the widespread employment of women as “keepers” of the sick. Plague nurses, also referred to as ‘keepers’, were hired either by the parish or directly by an infected household to care for the sick and dying within. They were required to fetch water, bring food, and summon any further assistance a sufferer may need. According to contemporary advice published by the Royal College of Physicians, plague nurses were among the only individuals permitted to enter and exit infected houses once quarantined. These women would have likely been a familiar, if somewhat unsettling, sight in most early modern parishes. It is therefore surprising, given their importance to responses to plague at the parish level, that they have been so comparatively neglected by historians.

My project will address this gap in the literature, shifting our focus from those who primarily looked to heal to those who sought to assist, support, and sustain the afflicted, thereby putting care at the heart of the social history of medicine. I intend to increase our understanding of this largely non-institutionalised, but nevertheless prolific, medical practice, ascertain what these women can tell us about contemporary gender and social relations, and further illuminate the complicated roles women played in early modern England.