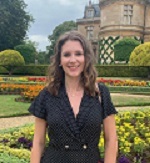 ‘Yours humbly, sincerely, and obediently’? The Social Agency of Petitioning, c1789 -1860. (AHRC funded, Collaborative Doctoral Partnership project). in the Department of History

This project focuses on the social agency of ordinary British petitioners writing at home and from territories overseas. The prospect of emigration, forced transportation, familial separation and ill health were common experiences for mariners, paupers, and convicts in the period 1789-1860. In response to these pressures, hundreds of thousands of petitions were written by men and women to the Home Office, Royal Navy and Poor Law authorities requesting clemency, relief, and protection. This project aims to contribute to the social history of these groups, using petitions to gain access to social strategies and negotiations that existed between marginalized subjects and the state.