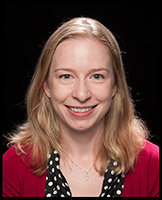 Piecing Together the Past: Reinterpreting Traditional Views One Life History at a Time.

Along the eastern seaboard of England, in the late 4th to 8th centuries, ways of living and dealing with the dead dramatically changed, and some have argued that this represents the effects of large-scale population movement and resettlement by those communities from coastal northern Europe. Despite such distinctive changes, however, we still know little of these communities in terms of their short- and long-distance mobility. Recent evidence stemming from strontium and oxygen isotope analyses on inland and coastal cemeteries in early and middle Anglo-Saxon England and the near continent suggests that we have vastly underestimated the mobility of early medieval communities, and that the northern seaboard was a vibrant and active zone allowing movement of people and goods from Scandinavia and the near continent right through the early medieval period. Published research suggests some coastal and inland communities in these centuries were composed of individuals who had spent time in different parts of Britain and Europe, ranging from the western seaboard of the British Isles and Ireland, to continental Europe and Scandinavia (Brettell et al. 2012; Groves et al. 2013; Loeffelmann 2014; Montgomery et al. 2005). We must therefore urgently rethink the traditional view of early medieval communities as sedentary farming populations who were unlikely to have travelled beyond perhaps an initial arrival to eastern England in the 5th century AD. Our evidence points to a far greater capacity for mobility in populations, and perhaps a much greater degree of flux in how communities operated and formed within the post-Roman scene.

The primary aim of this project is to elucidate the biographies of the individuals at several Anglo-Saxon sites in northern England and to collate them into a cohesive picture of who these people were and the extent of their mobility. This will be achieved by firstly conducting stable isotopic analysis of incremental dentine collagen of each individual to create isotopic life-history profiles which will reveal major shifts in diet and mobility. Because a key attribute for the nuanced interpretation of life-history profiles is the determination of biological sex, an innovative method described by Stewart et al. (2016; 2017) will be applied to conclusively determine this, thus overcoming the typically poor preservation of early medieval skeletons that makes sex determination from morphological characteristics difficult (Montgomery et al. 2005). This information will then be merged with the isotopic mobility data obtained from People and Place. The Creation of the Kingdom of Northumbria, a Leverhulme-funded project being carried out at Durham University that is reassessing the surviving skeletal evidence from cemeteries across the Anglo-Saxon kingdom of Northumbria and exploring the health and well-being of communities and their diet and mobility.   These resulting comprehensive biographies will first be scrutinised on an individual basis and then compared as a group to establish meaningful patterns, ultimately revealing the identities and compositions of these communities. This information will then be used to critically reinterpret the traditional, sedentary view of the early medieval farming communities in northern England.