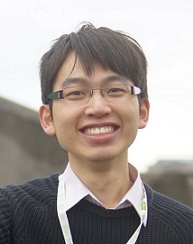 Member of the Department of Geography

I am currently working on Crustacean Capitalism in The Amphibious Mekong Delta: Dynamic Relations of Land-water and Agro-aquaculture. The Mekong Delta has recently experienced in the severity of annual flood events, as well as drought and salinity intrusion. As a combined result of sea-level rise and drought, the Vietnamese government recently announced The Master Plan on Fisheries Development of Vietnam to 2020, Vision to 2030 to raise the status of shrimp farming in the Mekong Delta to boost shrimp exports by embracing international markets. In Vietnam, as elsewhere in Southeast Asia, shrimp aquaculture is increasingly overtaking traditional rice farming and has the potential to lift farmers out of poverty because of promising markets and stable prices of shrimp.

This research aims to analyse dynamic relationships between land-water and agro-aquaculture in the Mekong Delta in threefold:

I obtained my bachelor and master degree with honours at National Taiwan University (NTU) with a major in Geography. I received Distinguished Bachelor of Science and Master of Science Awards from the Dean of College of Science, NTU in 2008 and 2014.

Both of my bachelor and master theses focused on recycling and waste economies. In my bachelor thesis,I analysed how spatial clustering, social networks and the commodification of waste influence the industrial symbiosis of ecological parks. I was honoured to receive the Creativity Award from the Ministry of Science and Technology for the Bachelor thesis.

Following the research results of my bachelor research, and inspired by Callon’s ideas on marketisation, I theorised on how the construction of the circular economy is based on how values of waste are calculated and commodified through the use of various kinds of calculative tools, institutional regulations and recycling technologies. This research has been presented at the IBG-RGS conference and published in Journal of Geographical Science.