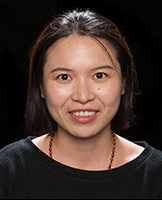 I have long been fascinated by the archaeology of religion, and its material evidence; leading to my initial study of the introduction and spread of Buddhism across China, with particular focus on the caves constructed in the 5th-6th century CE.

Joining Durham allowed me to shift this interest directly to the homeland of early Buddhism within South Asia. Initially registered as an MPhil research student, and now upgraded to PHD status, my study focuses on the archaeology and architecture of Nepal’s western Terai, a region rich in pilgrimage sites associated with the life of Buddha. I am also an active participant in fieldwork linked to Durham’s UNESCO Chair team, including working within the Japanese-Fund-in-Trust-for-UNESCO programme in Nepal, with colleagues from the Lumbini Development Trust and Department of Archaeology, Government of Nepal.

Nepal’s western Terai is often described as desolate in the textual narrative derived from Chinese pilgrims’ records of fifth and seventh century CE. Archaeological survey in the past decades has also demonstrated centuries of prosperity which began to show signs of decline by the third century CE. This widely accepted picture presents a rupture of hundreds of years in the urban process before resurgence by the end of the first millennium CE when the cropping-up temple structures characterised much the local landscape. Similar urban patterns have been observed in North India, especially the Gangetic plain, which has long been studied and arugued among historians and recently archaeologists. As indicated by the epigraphic evidence , while many Early Historic cities were eclipsed in this period, new urban settlements, more rooted in their regional context, came to the fore. The change in urban pattern is in fact part of a more extensive transition in which the Early Historic societies moved onto the Medieval age. However, the debates so far are largely based on written sources. The long-held text-based approach has limited the discussion to macro structures with little understanding of how the urban process took place at site as well as regional level. The almost absence of archaeological engagement has hindered further study of the transition. Even though recent attempts have been made by archaeologists, the ill-established chronological sequence makes it difficult to contribute effectively.

In this sense, my research will be one of the pilot studies to explore the urban change associated with the Early Medieval transition in archaeological record. With data from archaeological activities in Nepal's western Terai, especially the project funded by Japan-Fund-in-Trust (JFiT), this research aims to identify and explain the changing urban patterns in these centuries at both site and regional level with a refined and tightened chronology of artifacts derived from recent investiagtion. To achieve this, six objectives are set out as below:

Objective 1: to review current theories explaining patterns of urban collapse and societal transformation in the Gangetic Plain in the first millenium.

Objective 2: to establish a tightly periodised archaeological chronology based on the data from recent surveys and develop methods to archaeologically trace and explain the urban change.

Objective 3: to analyse the archaeological materials at selected sites through the attribute-based approach and identify the interaction between them, with particular attention to the relationship between urban centre, hinterland and religious institutions.

Objective 4: to reconstruct a regional landscape of different periods by drawing other datable sites within the study area, identifying any patterns in the site categorisation and distribution.

Objective 5: to interpret the patterns of urban change by associating them with broader social milieu and historic influences, reassessing the roles of economic exchanges, religious institutions and state which have long been discussed in the debates.

Objective 6: to reevaluate the textual narratives derived from the Chinese pilgrims' records.

'Re-interpreting Xiyu ji and Reconsidering its Role in the Study of Early India', The 7th Allchin Symposium on South Asian Archaeology (online), Decomeber 2020. For the recording: https://www.facebook.com/watch/live/?v=2887373511508937&ref=watch_permalink

Tutoring in the Level 1 Module: Ancient Civilisation of the East, 2020-21, Durham University

Co-organisation of the seminar “Longmen Cave: Buddhist Art and Archaeology” at Renmin University of China, November 25, 2016

Participation in the Chinese Historical Archaeology Reading Group based at Renmin University and Peking University, 2013-14

Participation in the Innovation Training Programme of Nanjing University, 2011