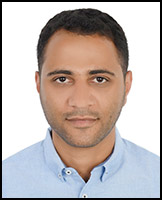 Thirty years of research have thus provided much clarity on the material culture of the Iron Age in southeastern Arabia. In particular, it is now clear that during the Iron Age II period, there is a massive intensification of settlement that is somehow linked to the introduction of falaj irrigation and the appearance of domesticated dromedary camel.

And yet, as new data has been gathering new questions have arisen concerning the chronological framework for understanding these changes. One the one hand, much of the chronometric evidence from the UAE comes from the very north of the country and indicates an expansion of settlement around 1000 BCE. The evidence from Salut in central Oman indicates that these changes, at least in terms of material culture, were occurring 300 to 400 years earlier. Since this material culture is associated with significant changes in the economy, are we to assume that technologies such as falaj spread from the central part of Oman northward and, related, are we able to provide a more accurate chronology of how an entire landscape was changed during this period (as opposed to single sites)?

The key sites that will help address this issue are in the Al Ain Oasis. From the Bronze Age onwards this oasis was the central area for settlement in southeastern Arabia. Excavations at Rumeilah, Hili 2 and Bida Bint Saud have helped define the Iron Age II material culture, but have not been scrutinized at the level where they are able to contribute to (a) an understanding of the absolute chronology of the Iron Age; (b) how the important changes which occurred during the Iron Age affected settlement across an landscape with multiple components.