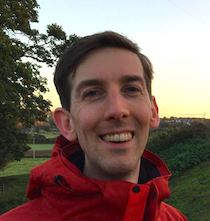 Assistant Professor (Early Modern European History) in the Department of History
Telephone: +44 (0) 191 33 47352
Member in the Institute of Medieval and Early Modern Studies

I work on the social and cultural history of early modern Europe, with a particular focus on France. My book, Pierre de L’Estoile and his World in the Wars of Religion, interprets France’s troubles from the perspective of an extraordinary diarist and collector, Pierre de L'Estoile (1546-1611), who lived through the civil wars in Paris and shaped how they have been remembered ever since. My current research, funded by a British Academy / Leverhulme Small Research Grant, explores the role of criminal justice in the legal culture of the ancien régime. Recent and forthcoming publications related to this project have focused on political crime and sedition, public execution rituals, tacit toleration of sexual crimes, and violent crime at the end of the Wars of Religion.

I enjoy collaborating with early modernists across the humanities. With colleagues in Durham I am part of a project about French Books and their European Readers, 1500-1700, focusing on the circulation and impact of the seditious literature generated by the Wars of Religion. In 2018 I co-organised two conferences in Cambridge which resulted in a co-edited special issue on Soundscapes in early modern France and an episode of the Early Music Show on BBC Radio 3 about The Sacred Works of Claude Le Jeune.