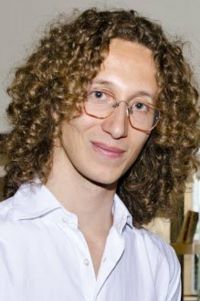 Research Project: The Mind Through All Things - Stoic Cosmic Psychology and its Role in the Unification of the Cosmos

In ancient philosophy, it was common to attribute psychological features, such as thought and perception, to the whole cosmos. But what do these feature explain about how the universe works, and why are they introduced in the first place? My research aims at answering this question in the context of Stoic philosophy, and to show how their attribution of psychological features to the cosmos is fundamental in gathering the multiplicity of natural processes under one, simultaneous and unified agency.

The Stoics were in fact so committed to the idea that the cosmos is a living being with psychological features that they attributed desires and passions to it. What could be interpreted as a mere metaphor in other contexts - or what could be explained by the spontaneity of nature by their rivals - was, for a them, a literal description of the cosmos. My research will start by analyzing how the Stoic absorbed the psychological features of the Platonic demiurge, such as will, into their model by attributing them to the whole universe. I will then examine the notions of self-perception and will are translated from the context of human psychology into that of cosmic psychology, and I will show how they are introduced in order to build a unified subjectivity. Finally, I will discuss sympathy as the bridge between psychological and physical features of the universe, which makes it possible for it to achieve self-perception and develop the appetitive attitudes that unify it as a living being.