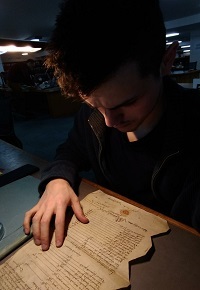 The queen’s household in England, 1527-1547 in the Department of History

My thesis examines the queen’s household in England between 1527 and 1547. Nowhere were the convulsions of Henry VIII’s marital instability more clearly felt in this period than in the queen’s household, which was formally discharged, its servants disbanded and their careers cut short on no less than five occasions. In this context I will re-evaluate the nature of royal service, the early Tudor court and its politics, beginning with new and extensive archival research to reconstruct the households of Henry VIII and his queens, which will take the form of a database of servants for prosopographical study.