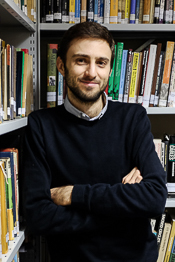 Member of the Department of History

My PhD project explores the rise of Messianic Judaism among Nuer communities living in the South Sudanese-Ethiopian borderlands. In recent decades, Gambella region in Western Ethiopia has been the epicentre of an explosion of born-again Christianity among the Nuer, a process that manifested itself in the foundation of dozens of new religious movements, primarily, as in many other parts of the African continent, Evangelical Protestant, Pentecostal and Charismatic. Among them, however, have also been a number of sectarian Sabbath-keeping Messianic Jewish groups, whose members strictly follow a range of Biblical laws and view themselves as part of the Jewish world.

My research aims to investigate and historicise this Messianic fervour. How is Messianic Judaism locally practiced and understood? What accounts for its spread in a remote area, at the very margins of the Ethiopian state and the global economy and among communities that hardly had any contact with Messianic Jewish or Christian Zionist missionaries in the past? How does this faith shape people’s relationships with state institutions, with their own communities and with each other? How does it influence local notions of “tradition”, political membership, authority, justice, history and truth? More broadly, what can the spread of Messianic Judaism among the Nuer teach us about the African state, Christianity in Africa, marginality, and life in the periphery?

I joined the Department of History in October 2017, and my research is funded by a Durham Doctoral Studentship award. Before joining Durham University, I obtained a master’s degree in African Studies from the University of Oxford and a bachelor’s degree in Law from Tel Aviv University. I also worked with several refugee rights organisations and think tanks, and most recently, the International Refugees Rights Initiative (Uganda). Some of my other research interests – which all relate in different ways to my PhD project as well – are refugee law and migration, Israel-Africa relations, as well as the intersection between politics and violent conflicts and photography, media and popular culture.

My book Israel in Africa is forthcoming (2020) in Zed Books’ African Arguments series. Academic papers I wrote were published in Journal of Eastern African Studies and International Journal of Transitional Justice. As part of my work with NGOs, I also published several policy papers and reports. Other texts that I wrote (in English or Hebrew) have appeared in various non-academic platforms, including OkayAfrica, Refugees Deeply, African Arguments, Forced Migration Review, Border Criminologies, Rights in Exile, Haaretz, and Ynet. Interviews and references to my work also appeared in the BBC’s Focus on Africa, World Politics Review, Voice of America, The New Arab, and other platforms. Links to some of my publications can be found here.