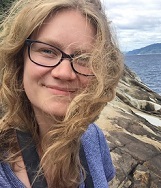 ORCID profile
Member of the Department of Classics and Ancient History

My current PhD research on instances of water as a medium of memory and identity in the early Roman Empire is generously funded by the Arts and Humanities Research Council.

Aqua Vitae: Exploring Water as a Medium of Memory and Identity in the Early Roman Empire

My research project is concerned with ancient explorations of what Empire means in the mid-to-late 1st century CE, when the Roman Empire was at its largest and highly occupied with (re)constructing identity in relation to other peoples, remembering the past, and navigating a new political landscape. Following the spatial turn and employing the concepts of memory and identity, I focus on liminal spaces in contemporary literature that engage with the notion of Empire and examine how these spaces shape the remembrance and meaning of individual and collective memories, histories, and identities. As such, my project aims to enhance our knowledge and understanding of Roman remembrance and interpretation of past and contemporary events and their relation to constructions of Roman identity and understanding of Empire.

More specifically, my project aims to show that literary waterscapes are particularly concerned with exploring and (re)fashioning the remembering and meaning of the past in connection with constructions of identity and explorations of Empire. These liminal waterscapes, I suggest, demonstrate contemporary concerns and anxieties regarding the transition from the Julio-Claudian to the Flavian dynasty. They show us how poets and writers navigated a sequence of emperors in a world not only characterized by political insecurity, but also by the decentralization of Rome in an ever-expanding imperium sine fine.

From June to November 2019, I worked as a collections assistant at Seven Stories: the national centre for children's books in Newcastle (UK). I researched, listed, and catalogued specified archive collections. I also carried out day-to-day tasks, such as supporting the user enquiry service and facilitating researcher visits. Additionally, I supported specific activities such as exhibition installations and learning & engagement events.

This placement was generously funded by the AHRC Northern Bridge Doctoral Training Partnership.