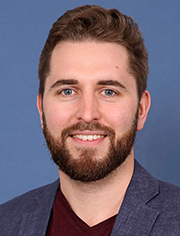 The politics of water governance, through which I interrogate the multiple and complex relations between ecology, society and technology. My research in this area has so far focussed on the political ecology of seawater desalination as an emerging municipal water supply in Southern California.

Nexus thinking. The ‘water-energy-food nexus’ has emerged over the past decade as an important new approach to environmental governance, which emphasises the interconnections, tensions and synergies between sectors that have traditionally been managed separately. My main engagement with nexus thinking has been to argue that, although the nexus discourse has so far developed along reductionist and de-politicising techno-managerial lines, the politics of the nexus –the historical production of environmental ‘sectors’, the ways in which they are understood to connect, and moreover, the ways in which it is proposed they should interact– matter enormously.