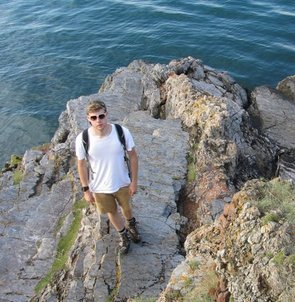 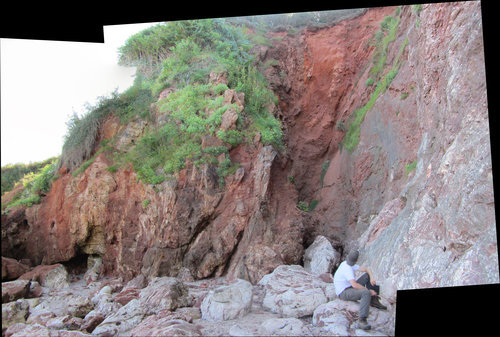 Upper crustal fault zones are important conduits for fluids in the lithosphere and many develop open cavities that may contain fault rocks, zoned mineral fills and, in some cases, entrained sedimentary material. For my PhD project, I am studying examples of such fault voids and their associated fills, formed at a range of different depths, in order to better understand the relationship between seismogenic faulting and fluid flow, and how this may influence geological processes and the development of economic resources.

Fault voids and their fills are widely recognised in both surface exposures and subsurface cores, and are thought to represent significant potential pathways for the migration of mineralizing fluids and hydrocarbons in otherwise low permeability crystalline basement and carbonate reservoirs. I aim to determine the mechanisms, controls, and characteristics of fault void formation and filling in these outcrops through detailed mapping, field observations, structural measurements, statistical fracture modelling, microstructural/textural analyses, and outcrop modelling/aerial imagery.