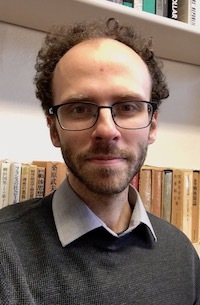 My research focuses on the intellectual and cultural history of Japan since the nineteenth century. I am particularly interested in the relationship between the transnational circulation of ideas and local intellectual and political practices My first book, One Hundred Million Philosophers (Hawaii, 2016), explored this topic through the trajectory of democratic intellectual and social movements after World War II.

I am currently working on two projects. The first surveys the history of rumours in Japan from the turn of the nineteenth century to the near present. The second examines mid-century cultural movements in connection with the postwar ideal of Japan as a "nation of culture" (bunka kokka / Kulturstaat). Both are part of an effort to rethink the role of cross-cultural comparisons in mid-twentieth century intellectual history. I organised a conference on this subject that took place in May 2019.

I would be happy to consider supervising postgraduate projects that relate to modern Japanese intellectual, cultural, and/or political history.