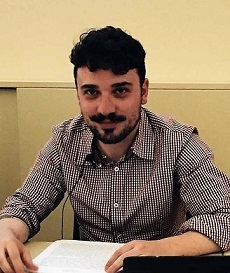 Visiting Fellow in the Department of Classics and Ancient History

Research Project: The Pre-Play Ceremonies of the Athenian Dionysia: A Reappraisal

My doctoral research project focuses on the dramatic festival of the Great (or City) Dionysia and its related pre-play ceremonies, for which the role of democracy has been intensely debated. Scholars have explored the socio-political value of the festival’s pre-play ceremonies which took place in the theatre before the dramatic performances, in front of the audience: the libation to Dionysus poured by the ten generals, the display of the allies’ tributes, the Athenian war-orphans’ parade and the proclamations of honours and crowns by the herald. The prevailing view still relates the celebration of these rituals to democratic ideology: following a democratic interpretation, 1) the ten generals were officers of the democratic government; 2) displaying the tributes of the allied cities was a display of Athenian democracy’s power, as head of the Delian League; 3) providing the Athenian war-orphans with an armour implied continuity with their fathers who died to protect democratic Athens, and 4) honouring publicly those who benefited the democratic city was an expression of the democracy’s magnanimous behaviour. This casts the Great Dionysia, in its entirety, as a democratic festival, and thus exemplifies the notion of a tight bond between Athens, the concept of democracy, and the city’s products.

However, this assumed situation masks a number of issues, as I demonstrate in my doctoral dissertation. First of all, I show that the four pre-play ceremonies did not occur simultaneously, and thus should not be understood as part of a holistic and democratically-oriented propaganda programme: the libation to Dionysus poured by the ten generals is likely to have taken place once (moreover, the source that attests it, Plutarch, is not fully reliable); the display of the tributes took place exclusively during the period of the first Delian League (that is, in the second half of the fifth century B.C.); the war-orphans parade is the only ritual which seems to have had a temporal continuity (but it was no longer celebrated in Isocrates’ time); finally, the proclamations of honours in the theatre took place only three times in the very late fifth century B.C., and they became a common ritual from the second half of the fourth century B.C. onwards. Given this situation, the Dionysia’s pre-play ceremonies should not be analysed as a single entity.

As a second step, an exhaustive investigation into the socio-political value of the ceremonies is provided: it will be shown that democracy and the ideology related to it were less involved than one might suppose. Lastly, I highlight that the Dionysia and its pre-play ceremonies were not exclusively Athenian prerogative: from a thorough examination of the available evidence, I demonstrate that many attestations of the Dionysia outside Athens occur and need to be considered. This problematises the Athenocentric interpretations of the Dionysia’ pre-play ceremonies, since many cities which were not democracies (as Athens was) provide testimonies of dramatic festivals with comparable pre-play ceremonies. In light of these crucial details, the premier dramatic festival of Athens — and the academic discussion surrounding it — need to be re-examined, in order to provide: firstly, a conclusive survey for the understanding of the Great Dionysia’s pre-play ceremonies, and secondly, to challenge the democratic interpretation of them: the dramatic festival and its ceremonies had something to do not only with the Athenian πόλις, but with all the Greek πόλεις.