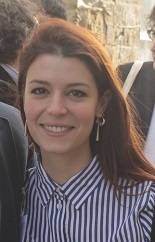 Aristotle’s Account of Speusippus’ and Xenocrates’ Metaphysical and Epistemological Theories

My Ph.D. thesis aims at a novel reconstruction of the metaphysical and epistemological theories of the first two successors of Plato, Speusippus and Xenocrates, via the privileged testimony of Aristotle.

With reference to the famous title of Cherniss’ libellum, the Early Academy has always been a riddle and a challenge for modern scholars. Indeed, for Plato's immediate successors, Speusippus and Xenocrates, the sources at our disposal do not always encourage the project of a coherent reconstruction of their thought. Any exegesis of them faces the following difficulty: on the one hand, the earliest chronological sources preserved (Aristotle and Theophrastus) approach their doctrines polemically; on the other hand, later testimonia are to be found in authors who appropriated and reshaped Early Academic doctrines in their own philosophical frameworks.

The dichotomous nature of our sources led to very different interpretations of Speusippus’ and Xenocrates’ doctrines, which were subject to extensive scholarly discussion in the 1970s and 1980s. More recent scholarly interest has followed different routes, which has led to a progressive neglect of these important figures.

In order to avoid the circularity of previous scholarly approaches, my project will focus primarily on Aristotle’s testimonia, in the attempt to expose the significance of Speusippus’ and Xenocrates’ theories as internal responses and solutions to Platonic problems. While Speusippus’ episodic universe has been labelled as an ‘anathema to a Platonist’ (Dillon 2003: 46), and Xenocrates' metaphysical system dismissed as ‘the worst’ by Aristotle, a new account of the theories of these authors aims to reveal both the scope of Platonic inheritance in the Early Academy, and the original contributions these figures made to Platonism, and to ancient philosophy more generally.