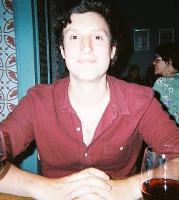 Beyond Idi Amin: Causes and Drivers of Mass Violence in Uganda, 1971-79 in the Department of History

My research seeks to explore and better understand the large-scale violence that occurred in Uganda during the regime of Idi Amin, between 1971-79.

Idi Amin is a resonant figure in western popular culture, regularly satirised, and held up as an exotic 'great man' of Uganda's post-independence history. Despite this ongoing fixation on Amin as a character and symbol, remarkably little historical work has been done on the day to day experiences of Ugandans during his 8 year reign in Uganda, in which state sanctioned violence became extremely prevalent, and over 300,000 people are estimated to have been killed.

My research aims to establish a record of the violence of Amin's regime, and to explore the way that local and regional actors and rivalries may have shaped and influenced the process. By seeking to understand Uganda in the 70's as a forum of agency, rather than purely as the manifestation of a single personality, I hope to identify the varied political uses and agendas that violence served, as well as to explore the ways in which everyday citizens of the country navigated, practiced, and understood the violence of the period.