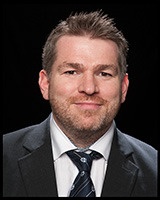 I am a part-time mature student studying for a PhD in Roman Archaeology. After gaining a BA (Hons) in Politics, I went on to undertake an MA in Archaeology (2004), and since then I have had a career in communications and public relations, gained in the charitable, heritage, and higher education sectors, before deciding to return to university to undertake a PhD in Roman archaeology.

My excavation experience includes a cave site in south Cumbria, the Roman fort annexe at Mumrills (on the Antonine Wall), the Roman town of Silchester and most recently at the Roman fort/settlement of Binchester in County Durham. I have experience of various survey methods including resistivity, landscape and magnetometry and have surveyed various sites including the Roman legionary fortress of Inchtuthil in Perthshire, and other sites along the Gask Ridge.

My primary interests are in the Roman occupation of northern Britain; more specifically north Scotland and the Cumbrian coast, although I am also involved in research on the other Roman frontiers in Britain.

Through my communications and public engagement experience, and having previously co-ordinated Scottish Archaeology Month, I am keen to promote archaeology to general (non-archaeological) audiences and getting people more involved with their own past.

Facing the Enemy: The orientation of Roman forts in northern Britain

The direction that a Roman fort faces is often presumed to face east or the enemy, according to writings of various classical authors. However, the forts of northern Britain appear not to follow this advice, and instead seem to be orientated randomly.

The focus of this research can be divided into two main areas; how do we define the front of a Roman fort, and secondly which direction do the forts of northern Britain face, and whether there is a distinguishable pattern to this. Essentially, this research will seek to test the hypothesis that Roman forts are orientated east or towards the enemy.