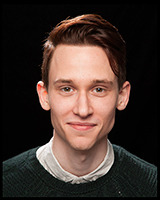 Requiem for the Children: The bioarchaeology of non-adult life course morbidity, maturation and medicine in late medieval and early modern England c. 1450-1600.

My current research examines the bioarchaeological (human skeletal remains) and historical evidence of children in later medieval and early modern England. This transdisciplinary research aims to apply life course theory to palaeopathological (the study of disease in skeletal remains) evidence from medieval skeletons, and in doing so, endeavours to uncover new insights about the lives of medieval children in England. Additionally, this research seeks to contribute towards a greater understanding of the relationship between children, doctors, surgeons, and maturation in Renaissance 'paediatric' medicine, through the analysis of evidence for disease, treatment, medicine, surgery and folk cures of non-adults (in this study, individuals under 25 years old). Through the implementation of a holistic research approach, this study aims to address an important gap in our knowledge of childhood in the past, as well as demonstrate the value of engaging with – and integrating approaches from –multiple disciplines including bioarchaeological, medieval history, history of childhood, history of medicine, art history and sociology – as well as other subjects.

I hold a BSc in Archaeology from the University of Reading (2011), and an MSc in Palaeopathology from Durham University (2012). I am also a PCIfA of the Chartered Institute for Archaeologists (2014). I also have a background in commercial archaeology, having worked as a field archaeologist and an archivist.

Penny-Mason, B J. (2019) Care of the Chyldren: an introduction to composite life course analysis of non-adults in the late medieval and early modern population of England c. 1450-1600. A Community of Care: Expanding Bioarchaeology of Care to Population Level Analyses. Florida: University Press of Florida (in press)

2017 – Feasting, Sugar and the Sweet-Tooth of Childhood. www.renaissancehub.net Issue #02

2014 – The Changing Health of Children in Reformation England – for better or for worse? earlymodernengland.com