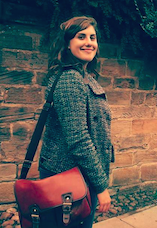 I joined Durham Geography in autumn 2015, after finishing my PhD in Politics at the University of York (UK). My work falls under a few disciplinary headings including Feminist Political Economy, Gender and Development, and Feminist Political Geography. In short, I am interested in feminist politics and I study this topic in a few different ways.

My current research, supported by a Leverhulme Early Career Fellowship (2017-2020) explores the changing geographies of abortion access. All across the world, states impose severe restrictions on access to contraception and abortion, and inflict harsh punishments on women who attempt to exercise their reproductive rights. New medical technologies, technological advances, and political transformations have changed the ways that women access abortion across borders. Abortion access is increasingly de-coupled from the laws of the nation-state. However, in response to challenges to state authority over reproduction, states are adopting new tactics to surveil and control pregnancy in order to restrict abortion access. This project addresses the political geographical dimensions of abortion access and the changing relationship between women and the state. More information and blog posts associated with this project can be found here.

My previous research (2011-2018) addressed gender in international development governance and is the subject of a new book forthcoming with Routledge, called Human Capital in Gender and Development. This book argues that human capital theory has been fundamental in shaping the field of Gender and Development today, particularly in constituting the ‘Gender Equality as Smart Economics’ agenda. The book introduces a feminist Foucauldian critique of human capital to demonstrate its conceptual and material effects on development governance. Empirically, the book focuses on the World Bank’s gender agenda and private sector partnerships in the field of Gender and Development, including the Nike Foundation and the Girl Effect. More information on the book and publication date is available here.

Outside of these projects, I am interested in anti-racist pedagogies in higher education and efforts to de-colonize the curriculum. Previously, I have also published research on post-colonial approaches to tourism and volunteer ‘gap year’ tourism. My writing has recently appeared in New Formations, Third World Quarterly, and Progress in Development Studies.

In AY 2017-2018, I convene Level 4 Changing Geographies of Development and supervise undergraduate and PhD students. I do not have set office hours, but please feel free to email me to set up a meeting.