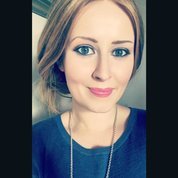 Postgraduate Research Student in the Department of Sociology

Marianne obtained an LLB in 2010 and an LLM (Human Rights and Criminal Justice) in 2012 from Queen’s University Belfast. Before coming to Durham University to study for a PhD, Marianne spent over three years working in the Northern Ireland Assembly for elected representatives and for the Committee for Justice.

Marianne has taught on the Inside-Out Prison Exchange Programme at Durham and in 2017 she was awarded a scholarship from Temple University to study and train at the Inside-Out Prison Exchange Programme’s International Headquarters in Philadelphia, United States. During 2016-2017 Marianne was also awarded funding from the Arklight Fund and the Norman Richardson Award.

Research
Under the supervision of Professor Roger Smith (SASS) and Associate Professor Catherine Turner (School of Law), Marianne’s current research is in the area of prison education and desistance. Specifically, the impact of the Inside-Out Prison Exchange Programme and a possible nexus with desistance theory.