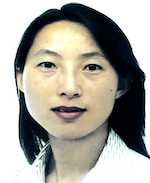 Professor in the Department of Engineering
Telephone: +44 (0) 191 33 42440
Room number: E212 (Christopherson)
Chair in Engineering Science and Deputy Executive Dean (Postgraduate) in the Faculty of Science
Co-Director in the Biophysical Sciences Institute
Member of the Centre for Molecular and Nanoscale Electronics
Member of the Durham Centre for Soft Matter (DCSM)
Fellow of the Wolfson Research Institute for Health and Wellbeing

Since joining Durham, she has held and is currently holding various research fundings and awards as Principal Investigator (e.g. Rosetrees Interdisciplinary Award and a Royal Academy of Engineering Global Research Award) in Biomaterials, Mathematical Modelling, Tissue engineering, Biomechaincs and Biotribology. Her main research interest is in structure, function, process and modelling of natural, synthetic and biomimetic materials for biomedical and environmental applications.

She firmly believes in promoting a research-led interdisciplinary learning environment and is keen in designing education programme that integrates education, research and enterprise.

EPSRC Funding on Adsorption and Adhesion on Semi-Crystalline Polymers

Biomet Funding on Next Generation Joints

The human eye is a complex organ of vital importance for everyday life. A wide range of biomaterials are used to fabricate ocular devices to correct functional deficiencies caused by disease and ageing. The exciting project will build upon Rosetrees Trust Interdisciplinary award. Rosetrees Trust supports the highest level of biomedical research. This is an excellent opportunity to work with highly interdisciplinary team to advance biomedical research.

The fully funded scholarship is available immediately. Applications from existing graduates and those graduating this summer are welcome.

Publications on electrospinning and electrospun fibrous structures have been on the exponential increase since two decades ago, which testifies the worldwide interest in this "new" technology. Electrospun nanofibers have diverse applications such as filtration, sensors, cosmetics. There has been a great interest in electrospun fibrous structures for biomedical applications, which stems primarily from the distinctive advantages of using nanofibrous structures in tissue engineering and controlled release of bioagents. The project will combine electrospinning and nanotechnology to form innovative device for combating complex medical problems.

The combination of a water reclamation plant (such as NEW Water plants) with seawater desalination are being considered in many large developing mega cities around the world. Away from coasts water recycle will become even more important. We have developed a novel hybrid process that needs to be evaluated alongside other process schemes for various water usage scenarios. The process design algorithms available include our recently published methodology for the sizing of forward osmosis plants. This project has international and industrial technical support.

Just as the separation of salty water into fresh water and a brine requires energy so the mixing of a brine and fresh water can (if it is done in a controlled manner) produce energy. Originally proposed in a Science paper around 50 years ago, there has been much research into osmotic power (variously called pressure retarded osmosis or generically “Blue Energy”). Now that membranes have been tailored for this application and greatly improved the limits to performance are no longer governed by the membrane properties alone. The project will develop a performance envelope based upon various combinations of membrane properties and system hydrodynamics.

Successful operation of Aerobic Digestion in cold weather is challenging. We have discussed a novel approach with the water industry and the research question is: can our approach boost the growth rate of the microbial biomass?

Drinking water is scarce in many parts of the world were solar energy is plentiful. The project boundary is such as to exclude those processes with a relatively high demand of electrical power. Many processes have been labelled as “emerging processes” for the last decade. After an initial survey three processes from different areas will be evaluate to determine if any have break through potential.

Membranes are now a huge part of the water market, especially since the advent of the Direct Flow modules that uses far less energy than crossflow modules. These are hollow fibre modules with about 10 000 fibres per module. We have developed a model for side take-off that successful captures industrial practice. Other variants are being developed. Now as non-uniform distribution of fibres is intrinsic to the manufacturing process research on the effect of non-uniformity should now be included. We are progressing this work with industrial technical support.

Successful operation of the Direct Flow format is dependent upon the inclusion of periodic backwashes including chemically enhanced backwashes. As the latter may be a few times per day the membranes are exposed regularly to oxidising chemicals. We have piloted a technique for performing accelerated tests and obtained excellent preliminary results. This project has industrial technical support.