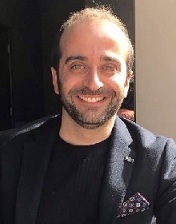 Amjed Rasheed is a research fellow at the School, where he finished his PhD in 2017. He is part of a research project titled "Transnational Language, Transient Identities, and the Crisis of the State in the Arab Region" which is a research subproject of Open World Research Initiative (OWRI), funded by the Arts and Humanities Research Council (AHRC). For further detail see the more elaborate project narrative.