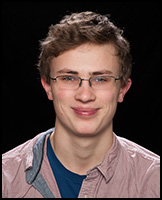 I completed a BSc (Hons) degree in archaeology at Durham University in 2014 and following this I undertook an AHRC funded MA by Research still at Durham (submitted December 2015). This MA examined archaeobotanical research in prehistoric Wales (c. 8000 cal BC – 100 cal AD), collating over 300 archaeobotanical records to develop a review of the current state of research. My current PhD research (AHRC funded) focuses on the impact of the Islamic conquest of the Iberian Peninsula on diets and agriculture. On a thematic basis, my research interests focus on the relationship between agriculture, diet and wider societal changes, whilst methodologically I am primarily interested in archaeobotanical research.

Throughout my time at Durham, I have participated in and worked on several field projects in the UK and abroad including the ‘Moncayo Archaeological Survey’ and ‘Religious Orders on the Frontier: Monks at the Edge of Christian Europe’ (NE Spain), ‘ARMEDEA Project’ (The Azores, Portugal) and ‘Developing New Approaches to Dating ancient irrigation features’ (Morocco) amongst other projects.

The Frontier of Islam: An Archaeobotanical Study of Agriculture and Diet in the Iberian Peninsula (c.700 – 1500 AD)

This PhD investigates changes in agriculture, diet and society following the Islamic conquest of the Iberian Peninsula through an integration of archaeobotanical research and evidence from historical records.

The early Islamic world (c.700–1200 AD) provided a medium for the transmission of agricultural technologies and new crops from the Indian Subcontinent to the frontiers of Christian Europe in the Iberian Peninsula. This has often been linked to a major agricultural transformation or ‘revolution’ which is thought to have stimulated the flourishing and expanding Islamic civilisation, influencing urbanisation, trade and demographic growth. The movement of crops also encompassed a social dimension with changes in diets connected to faith, ethnicity and social status.

During the early 8th century AD the Iberian Peninsula became incorporated into the Islamic world and in the ensuing centuries the pattern which emerges from historical records is one a relatively sudden, sweeping agricultural transformation. Changes in landscape infrastructure and irrigation techniques in conjunction with the introduction, re-introduction and acclimatisation of new crops including grains, fruits and vegetables are all recorded in a rich legacy of agriculture literature. However, whilst written records can provide detailed information, they are biased in terms of their chronological and geographical survival and their relevance to actual practice.

There is a long tradition of studying food, diet and agriculture in medieval Iberia using historical records, whereas the contribution of archaeological and, specifically, archaeobotanical evidence to these topics remains underdeveloped. By developing syntheses and interpretations of new archaeobotanical datasets from a number of sites in Spain and Portugal this project aims to fill this gap. More widely, this project is a case-study in processes of change though cross-cultural contact.