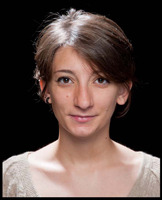 Metalwork, social complexity and inter-regional connections in Southwestern Asia during the Late Chalcolithic and the Early Bronze Age

My research project aims to investigate the regional patterns of demand and modes of use of metalwork across the Ancient Near East and the Eastern Mediterranean from the Late Chalcolithic through the Early Bronze Age (ca. 4000-2000 BC), with a particular focus on the Anatolian region and its possible inter-regional connections with the surrounding areas, i.e. Syro-Mesopotamia, Transcaucasia, the Aegean and the Levant.
This investigation will contribute to a better understanding of the drastic changes occurred in the social and economic role of metalworking across the ancient Near East in the transition from the late 4th to the 3rd millennium BC, and in particular how and to what extent metal artifacts were used to validate the power of new emerging elites in the context of developing complex societies.
This research will be accomplished by comparing the large body of material now available from a number of sites in Anatolia, Syro-Mesopotamia, Southern Caucasia and the eastern Mediterranean. A combination of typological and contextual analysis of the metal finds at an inter-site and inter-regional level and in a diachronic perspective will allow to outline the patterns of demand and use of metal objects, the range and intensity of inter-regional contacts, and the extent of shared elite ideologies across this wide geographical area from the late 4th to the 3rd millennium BC.