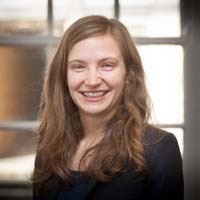 Assistant Professor (Modern African History) in the Department of History

Rachel Johnson’s research focuses on the contemporary history of South Africa and combines interests in gender theory and the symbolic aspects of politics with a focus upon the ‘history making’ practices of social movements, human rights groups and government institutions. Her PhD thesis (University of Sheffield, 2010) examined the position of young black women within student and youth, anti-apartheid politics in South Africa from 1976 onwards. Before taking up her post at Durham she worked as a Research Associate for two inter-disciplinary research projects: Gendered Ceremony and Ritual in Parliaments and Understanding Institutional Change: A gender perspective, for which she explored the gendering of the post-apartheid state through a focus on the South African Parliament and the Constitutional Court. She is currently working on a new project writing a history of the South African Parliament 1910-2010, which approaches the institution as a place for the making and remaking of politics in colonial, apartheid and democratic South Africa.