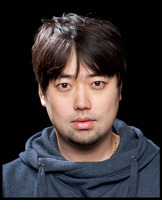 This research examines the materiality of Egyptian New Kingdom temples. Materiality, which is defined as a recursive relationship between people and things has proven to be a powerful analytical device in anthropology. I aim to import this concept into Egyptology in order to explain cultural change and reproduction. Specifically, I will look into how ancient Egyptians’ Weltanschauung was reflected in their temples and how their experience of temples influenced their thinking in turn in order to understand the relationship between structure and agent in the New Kingdom Period.

Egyptian temples are a primary manifestation of ancient Egyptian high culture. For this reason, many studies have used temples as their main objects. However, they usually consider them as a static and non-interactive being. However, the relationship between people and temples was surely dynamic and interactive. For instance, temples’ physical forms evolved over time as a result of people’s practice (e.g. building and religious activities) and this was a result of their understanding of ideas embedded in these temples prior to their interventions. For this reason, I consider the materiality of temples as the objective of my study.

In order to examine materiality in the context above, it is advantageous that I consider temples which had continuously interacted with people over time. This is why I choose the temple complex at Karnak as the main object of my research. There is evidence of constant building activities and rituals around the original site of Karnak, which signals the continuity of interaction between people and their creations. Moreover, its endurance over time suggests a long history of this interaction which promises ample data for conducting research.