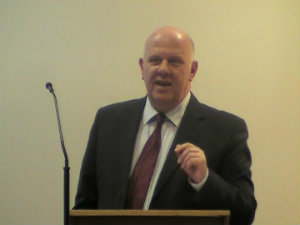 Stephen Gorard is Director of the Durham University Evidence Centre for Education (DECE) https://www.dur.ac.uk/dece/, Professor of Education and Public Policy at Durham University. He has previously held chairs in social science and education at Cardiff, York and Birmingham. He is a Fellow of the Academy of Social Sciences, the Royal Society of Arts, and the Wolfson Research Institute. He is a member of the ESRC Commissioning panel for the Research Methods Programme, the grant awarding panel for the British Academy, and the National Center of Science and Technology Evaluation, Kazakhstan. He has been a member of the ESRC GAP for Edcuation, ESRC Commissioning Panel for Research Seminars and Strategic Networks, and on the expert roster for 3ie – the International Initiative for Impact Evaluation, a Methods Expert for the US government Institute of Education Science, and Independent Expert for the EU Horizon 2020 Research and Innovation programme. He is also an evaluator/reviewer for the National Council for Scientific and Technological Development, Brazil, the Croatian Science Foundation (HRZZ), Fundação para a Ciência e a Tecnologia, I.P. (FCT), the Portuguese public funding agency for R&D, and The Executive Agency for Higher Education, Research, Development and Innovation Funding, Romania.

His work concerns the robust evaluation of education as a lifelong process, focused on issues of equity and effectiveness. He has received over £20m of external funding. He regularly gives advice to governments and other policy-makers, including oral and written advice to the House of Commons Education Committee, Scottish Parliament and Welsh Government. He is also a widely read and cited methodologist, involved in international and regional capacity-building activities, and used regularly as an adviser on the design of evaluations by central and local governments, NGOs and charities. He is currently a recognised evaluator for the European Commission Directorate-General for Education and Culture, Department of Education (England), the Department of Work and Pensions, the Cabinet Office, the Food Standards Agency, the Learning and Skills Information Service, the Educational Endowment Foundation, and the Youth Endowment Fund.

He is author of nearly 1,000 books and papers. His work has generated considerable media interest, with a press, radio or TV story appearing once per fortnight on average, including Newsnight, National News, Sky News, BBC2 documentaries, BBC Radio Five Live, and BBC Radio Four 'Today Programme', 'The Learning Curve', and ‘Womans Hour’. Among other awards he has won the Society of Educational Studies Book Prize, the Emerald Publishers Literati Prize for Outstanding Paper, the BERA Research Intelligence Paper Prize, and the Birmingham University Award for Excellence in Doctoral Supervision. 'Creating a Learning Society' - one of his 20+ books so far - was selected by the British Educational Research Association as one of the landmark studies of the past 40 years. Research Papers in Education have re-published 30 landmark papers to celebrate 30 years of the journal, including two by Stephen Gorard. His 2018 article on grammar schools for the British Journal of Sociology of Education is the most downloaded of all time (https://www.tandfonline.com/doi/full/10.1080/01425692.2018.1443432). His work is listed in the A-level Sociology syllabus (https://www.aqa.org.uk/resources/sociology/as-and-a-level/sociology/teach/teaching-guide).

The Effectiveness and Equity of Grammar Schools in England.