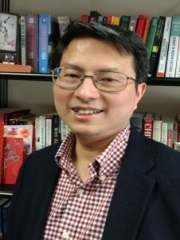 His research focuses on China and the global political economy, Chinese business networks and the political economy of Chinese food. On China and the global political economy, for example, the research of the intellectual property rights in China examines the politics of trade, counterfeiting and protection of IPR in China. Research results were published in book form, academic articles and also in policy papers informing governments and decision-makers. The project was also benefitted from research carried out in the World Intellectual Property Organization in Geneva and Renmin University in China as well as two visiting fellowships in the East Asian Institute at the National University of Singapore.

On Chinese business networks, the project on Taiwanese business (Taishang) and cross strait relations was benefitted from the research grant of the British Academy/Academia Sinica programme and Chiang Ching-kuo Foundation for International Scholarly Exchange. The research results of the project were published in book form (including translation from English into Chinese) and leading journal papers.

On the political economy of Chinese food, he has been working on shark fin business and the Chinese food enterprises in the UK. The research funding for shark fin project was benefitted from Lingnan University Research Grants. The research team members of both projects involve the Chinese University of Hong Kong and the University of Malaya. Major findings of these two projects were published in leading academic journals.

Beyond Durham, he was appointed as the Academic Advisory Board member of the Center for Chinese Entrepreneur Studies at Tsinghua University (2014-now). He served as the Advisory Board Member of the European Research Centre on Contemporary Taiwan (ERCCT) at the University of Tubingen (2008-now). He was appointed as Non-Panel Reviewer of the Public Policy Research (PPR) Funding Scheme of the Central Policy Unit (CPU) of the Hong Kong Special Administrative Region (HKSAR) Government (2014-now). He has been serving as the Editorial Board Member of Global Studies Journal in Hong Kong (2012-now). He was the External Examiner of the School of Contemporary Chinese Studies at Nottingham University for the UG and MA programmes in UK and Ningbo campuses, and has been external examiner for PhDs at Cambridge University, Essex University, Glasgow University, Oxford University, and the University of Western Australia. He previously served as Rapporteur for the Economic & Social Research Council (ESRC), UK. He also served as the Secretary of the Overseas Chinese Studies Foundation in Hong Kong.

School of Government and International Affairs