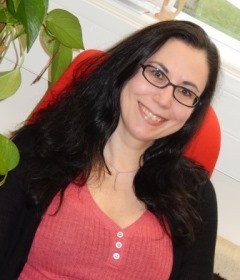 Honorary Research Fellow in the Department of Anthropology

I am a Cultural Anthropologist specialising in anthropology of health/medical anthropology. My path in anthropology developed during my Laurea in Literature and Philosophy (Summa cum Laude) from the University of Rome 'La Sapienza', with a dissertation in Cultural Anthropology on the colonial and postcolonial perceptions of two gender-specific Malay culture-bound syndromes, amok and latah. Expanding my area of investigation across the Malaysian northwestern border, my PhD research and dissertation (2008) in Cultural Anthropology at Uppsala University focused on reproductive health and bodily practices of Muslim women in Southern Thailand, and is published by Acta Universitatis Upsaliensis. The book has been reviewed in the Journal of the Royal Anthropological Institute in 2010 and I was invited to present it at the Royal Anthropological Institute's prestigious seminar series 'Reviewer Meets Reviewed' held at the British Museum (October 2011). At present my broad research interest is the Southeast Asian region and Thailand, and I am conducting fieldwork in Southern Thailand on male and female genital cutting, gendered bodily practices related to reproduction, Buddhist and Muslim female spirit mediums, ethno-religious conflict in Southern Thailand, and the aftermath of the 2004 Indian Ocean tsunami. I am also investigating matters of fertility and population growth in Thailand's policies. In 2016 I have started fieldwork in Japan with a project on local perceptions on health and volcanic ash, in the area of the Sakurajima volcano, as part of the HIVE consortium (Health Interventions in Volcanic Eruptions) http://community.dur.ac.uk/hive.consortium/about.php .

Theoretically, my main aim is to investigate the possibilities offered by the intersections between Foucauldian biopower, biopolitics, governmentality, and phenomenological perspectives on the body, putting the body in context. I explore this theoretical approach together with students of level 4 module 'Body, Politics and Experience'. For my other strand of research, I apply critical perspectives in risk research and anthropological study of post-hazard social processes, especially theological discourses, contextual theodicies and related politics.

During my undergraduate studies I pursued my long-term musical passion and obtained a Diploma of Piano from the Conservatoire of Perugia, followed by one year at the Experimental School of Chamber Music at 'S. Cecilia' Conservatoire in Rome. I was active in both chamber music ensembles and as solo pianist until 2002. My drive for music has recently translated into joining the vibrant activity of the Durham Gamelan Society, where I am learning Javanese gamelan music. In 2014 I have attended a Taiko (Japanese drumming) workshop.