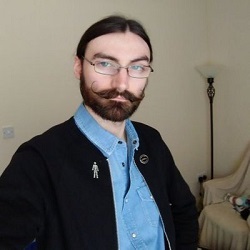 Born and raised in the North East, Kyle joined Durham Law School as Teaching Fellow in Public Law and Human Rights in 2017, having been a part-time tutor of UK Constitutional Law for three years, and completing his undergraduate (LLB - 2010-2013) and postgraduate (MJur - 2013-2015) degrees at Durham. In 2017, he was awarded Associate Fellowship of the Higher Education Academy.

His PhD research (supervised by Professor Gavin Phillipson) and supported by a Durham Law School scholarship, developed the line of inquiry raised by his MJur thesis' negative arguments: What would an approach to constitutional theory grounded in morally sceptical philosophy look like? A critical examination of core issues of constitutional design - driven by the sceptical perspective - was undertaken with the aim of informing an answer to this question.

The core conclusion is that morally sceptical, anti-foundationalist philosophy has significant and constructive contributions to make in this area. To demonstrate this, the thesis contributes to some of the most fundamental issues of constitutional theory: namely, the basis of legitimate collective decision-making authority; the potential limits to such authority; and the issue of entrenchment. It thus lays down the groundwork for a core constitutional theory.

In doing so, the widely-held assumption that a rejection of objective moral truth is an entirely destructive, even dangerous, theoretical position is taken head-on. Title: The Road from Nowhere: Towards an Anti-Foundationalist Constitutional Theory. It was examined by Professor Conor Gearty (LSE, Law) and Dr Robert Simpson (UCL, Philosophy)

Armed with the groundwork of this thesis, his research seeks to develop further his sceptical theory of constitutionalism, as well as the strong democratic line taken.

Kyle is also currently researching (with Tara Beattie, Durham Law School) in the area of sexual consent, particularly involving issues of mistake/deception. Their research explores recent legal developments in this area, along the way to making a proposal for reform which, they argue, takes the foundational principle of sexual autonomy fully seriously - a further step towards fostering a positive culture of respect and consent.

For recent media comment on this research, see here.