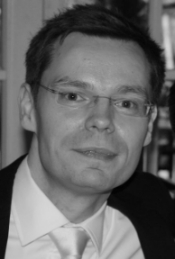 Pierre is associated with the Jean Monnet Centre for EU Studies at Keio University (Tokyo, Japan) and the Jean Monnet Centre of Excellence on Sustainable Finance and Law at the University of Genoa (Italy). He is a visiting lecturer at the Institute of Advanced Legal Studies (University of London) and held visiting positions at Keio University, the London School of Economics and Political Science (European Institute) and at Oxford University (Institute of European and Comparative Law). He is an external examiner in the law departments of University College London and the London School of Economics and Political Science.

Pierre’s research is mainly at the intersection of financial/banking law, EU law and ‘law in context’. He has written extensively on prospectus regulation and regulatory competition. More recent research includes work on the European System of Financial Supervision, the Banking Union and the Capital Markets Union. His work on the Capital Markets Union was cited by the European Commission in the context of the Commission's initiatives on SME funding. His research on abuse of law in the EU legal order, and the European System of Financial Supervision was cited by the Court of Justice of the European Union (legal opinions in Case C-270/12 United Kingdom vs European Parliament and Council; Case C-251/16 Cussens and others v T.G. Brosnan). His most recent work on the European System of Financial Supervision informed the draft recommendations of the European Parliament’s Committee on Economic and Monetary Affairs (ECON) on reforming the 'breach of Union law procedure' of the European Supervisory Authorities. He acted as UK co-rapporteur on the Banking Union for the 2016 congress of the Federation of European Lawyers (FIDE) and as an expert on European banking supervision for the 2019 Luxembourg expert forum (13. Luxemburger Expertenforum) at the Court of Justice of the European Union.