Please click on the links in the table for more information on each project listed. More projects may be added as they become available.

This is a new project which will apply laser cooling techniques directly to molecules. The experimental setup will consist of a cryogenic buffer gas source, producing a beam of molecules, which will then be decelerated via laser cooling in order to be trapped in a magneto-optical trap. The aim of the experiment is to capture single molecules in micromagnetic traps and to control both the internal states of the molecules and the interactions between them. One of the biggest challenges will be to have a high enough number of molecules, at sufficiently low temperatures, to efficiently load individual traps. To achieve this we will implement and optimise state-of-the-art cooling and trapping techniques. A successful PhD candidate can expect to learn skills in the design, construction and running of a complex AMO physics experiment. They will develop expertise in the control of ultracold molecules, and contribute to the advancement of the field. In addition they will have the opportunity to become involved in collaborations and present their work at international conferences.

We are looking for an experimental PhD student to join our project on Rydberg excitons in the semiconductor cuprous oxide.

Excitons are bound states of electrons and holes in semiconductors, that are similar in many ways to hydrogen atoms (bound states of electrons and protons). Our group is studying how excitonic states in the semiconductor cuprous oxide could be used to convert quantum information from the microwave domain into optical region. Since many quantum computing platforms are based on superconducting microwave devices, such an interface has the potential to enable long-distance quantum networking, in the same way that optical fibres network together our classical computers. The project includes elements of laser spectroscopy and device fabrication and characterisation, and is a close collaboration with scientists at Cardiff University, as well as with theorists in Durham. Please contact Matt Jones 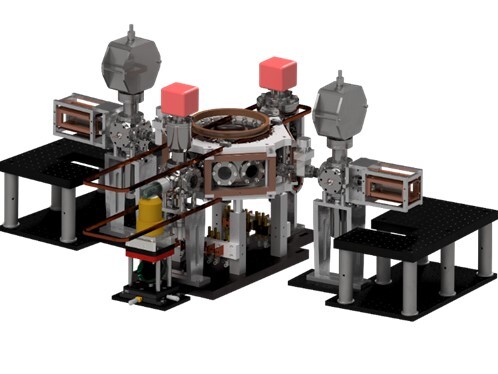 Quantum gas microscopy is a powerful new tool used to image single atoms on the individual sites of an optical lattice. Such experiments enable the quantum simulation of lattice-spin models which are ubiquitous in condensed matter physics. However, to date these experiments have been largely limited to only the short-range interactions available to ground state atoms. One solution to this is to use polar molecules in place of atoms in the lattice, which may then interact over long-range via the dipole-dipole interaction.

The most effective method of producing ultracold molecules so far is to bind together ultracold atoms produced using standard laser cooling techniques. This has been successfully demonstrated in our group for the bialkali RbCs molecule.

In this project, you will help develop a next-generation apparatus to perform quantum gas microscopy of ultracold molecules confined to an optical lattice. Key milestones of the PhD project will include the production and optical trapping of quantum-degenerate gases of alkali atoms, association of atoms to form ground-state molecules, and high-resolution imaging of atoms and molecules in an optical lattice. This project forms part of an ongoing collaboration between Durham University, Imperial College London, and the University of Oxford focussed on “Quantum Science with Ultracold Molecules”. 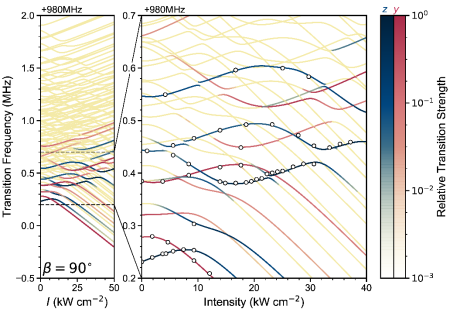 Ultracold polar molecules offer an exciting new platform for quantum science experiments exploring many-body physics. This PhD project will make use of a state-of-the-art apparatus capable of producing a gas of 4000 ground-state RbCs molecules at microkelvin temperatures. The apparatus works by binding together atoms from an ultracold mixture of Rubidium (Rb) and Caesium (Cs) to form the molecules. This is achieved fully coherently by first sweeping a magnetic field through a Feshbach resonance to form weakly-bound molecules, and then transferring these to deeply bound states by stimulated Raman adiabatic passage.

The project will focus on controlling the internal and external degrees of freedom of the molecules. The internal state can be fully controlled with microwaves whilst optical lattices, traps made from a standing wave of light, can be used to confine the molecules spatially. You will lead experiments that use the rotational states of the molecule as a synthetic dimension for quantum simulation. Later in the project, you will transfer the developed expertise in internal state control to a new apparatus where single molecules will be confined to individual tweezer traps to form a reconfigurable array. This will enable the study of prototype quantum gate operations and lattice-spin models across small arrays of molecules. This project forms part of an ongoing collaboration between Durham University, Imperial College London, and the University of Oxford focussed on “Quantum Science with Ultracold Molecules”. 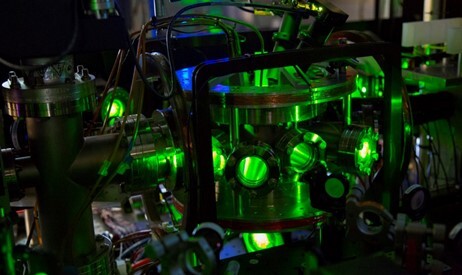 The Cs-Yb project is unique in combining two atomic species with very different properties. This leads to a rich experimental platform, with many potential research directions. Your research project will focus on two related themes:

1. The study of quantum degenerate atomic gas mixtures. Here we exploit the range of Yb isotopes, both bosonic and fermionic, together with the ability to tune the Cs-Cs interactions using a Feshbach resonance to probe a variety of phenomena, including beyond mean-field physics through the formation of heteronuclear quantum droplets.

2. The creation of ultracold CsYb molecules for quantum simulation. Such molecules have a doublet-sigma symmetry in the ground state, resulting in both a magnetic and an electric dipole moment. This leads to richer physics, particularly in optical lattices where CsYb molecules could be used to simulate quantum spin models.

Your project will use an existing state-of-the-art apparatus and will build upon our recent production of the first quantum degenerate mixtures of Cs and Yb. The next phase of the experiment is to explore the dynamics of this novel quantum gas mixture, in both species-specific potentials and optical lattices. In turn, these developments will enhance the prospects of molecule formation using an interspecies Feshbach resonance.

Ultracold molecules provide an exciting new platform for quantum science. They may be created either by associating pairs of ultracold atoms or by cooling existing molecules, most commonly by laser-cooling. We develop the theory needed to create ultracold molecules and understand their properties. We have particular expertise in atomic and molecular collisions. We work with the best experimental groups around the world, including in Durham, to interpret experiments, suggest new ones, and develop ideas for future directions for the field.

The newest horizon is to create configurable arrays of ultracold molecules in optical tweezers; each tweezer holds a molecule in space at the waist of a focussed laser beam, and the molecules can be moved around to make different shapes of array with different quantum properties. You will work to understand the properties of molecules in tweezers, and how full quantum control may be achieved with applied electric, magnetic and polarised laser fields. 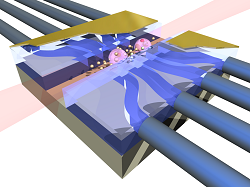