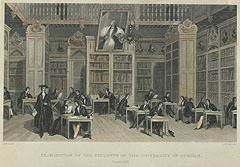 Bishop John Cosin was born in 1595, the son of a Norwich merchant, and attended University in Cambridge.

In 1624 he was made a canon of Durham Cathedral, which began his long association with the City, culminating in 1660 in his appointment as Bishop of Durham.

Bishop Cosin's Library was opened in 1669 in a purpose-built building on Palace Green, between the Castle and the Cathedral.

The building cost £2,500 to construct and was predominantly filled with more than 5,000 books collected by Cosin. Among the collection were Cosin's books previously stored at Peterhouse College, Cambridge, which included the Shakespeare First Folio.

Cosin died in 1672, having helped rebuild the administrative structure of the Durham diocese. He also helped revitalise Durham Castle and Cathedral, among other buildings that had largely been dismantled during the time of the Commonwealth.

His blue and gold crest still adorns many buildings on the Durham peninsula - the area of Durham including Palace Green, the Cathedral and Castle - and marks the trail of his restoration work.

Cosin's Library has remained a public library and from 1832 has been run by Durham University as part of the University Library.

A detailed modern catalogue of all printed items is available in the University Library's online catalogue, which allows the collection to continue to be used by the broad range of readers Cosin intended when he established it nearly 350 years ago. 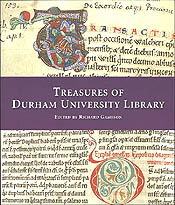