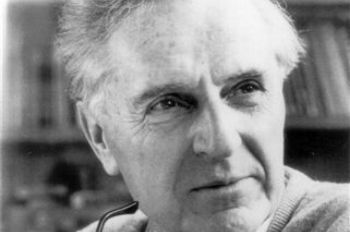 We are saddened to hear of the death of Professor Sir Arnold Wolfendale, one of the finest physicists of his generation and an inspirational teacher to generations of our students.

Sir Arnold came to Durham in 1956, served as Head of our Physics Department and remained actively involved with the University until his death in December 2020, aged 93.

Sir Arnold’s long-term research interest was in cosmic rays physics, and in particular whether the highest energy cosmic rays, which might have caused mass extinctions, were produced inside our galaxy as well as outside.

Sir Arnold was awarded many honours from all around the world.

Sir Arnold advised government departments and national bodies and was an unrivalled communicator of science. He held the prestigious honorary position of Astronomer Royal from 1991 to 1995 and was knighted in 1995.

Here at Durham, a lecture theatre is named in his honour and in 2001 we awarded him an honorary doctorate.

He delighted in lecturing both to students and to the general public.

“He was a formidable character and played an influential role in the Department, in the University and both nationally and internationally,” he added.