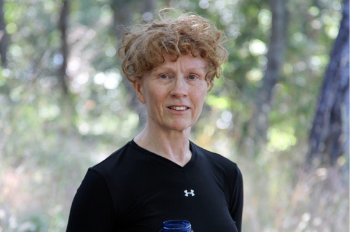 One of our leading academics has been honoured for her outstanding achievements and contributions in geosciences.

Professor Gillian Foulger, has been awarded the Leopold von Buch Plaque 2020, which is the highest award given by the German Geological Society (DGGV).

Gillian receives the honour for her long research career in earthquake seismology and plate tectonics, which includes challenging long held assumptions in mantle dynamics and the origins of volcanoes in Iceland and Hawaii.

In her book ‘Plates vs. Plumes: A Geological Controversy’ she developed the plate hypothesis, which rejects the theory that volcanic eruption is caused by heat from the Earth’s core travelling upwards to the surface, and is instead caused by melting anomalies in shallow regions of the Earth’s crust and mantle.

The German Geological Society is a non-profit international Earth Science organisation with over 3,600 members from more than 64 countries. Their aim is to support geosciences in scientific research and teaching and the publication of new scientific knowledge.

Each year the award is given to one foreign scientist the society committee and board recognises for their outstanding merits in geosciences.

Gillian has been a professor in our Department of Earth Sciences since 2004. She has served as Vice President of the Royal Astronomical Society and on numerous national and international committees and boards.

She has also been awarded the Price Medal of the Royal Astronomical Society, fellowships from the Geological Society of America and the Icelandic National Academy of Sciences, and Sir James Knott Research and Nuffield Foundation awards.

Gillian’s research interests include the origin of volcanic islands, Icelandic tectonics and geology, earthquake seismology and geothermal prospecting. She also works actively in the field of human-induced earthquakes and recently published a global review on the subject.