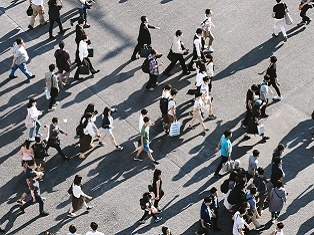 Following an extensive peer review process, five of our academic colleagues have been awarded Fellowships by the Academy of Social Sciences, the UK’s national academy of academics, learned societies and practitioners in the social sciences. They are recognised for the excellence and impact of their work through the use of social science for public benefit.

Vikki joined the Department of Sociology in September 2011 and was awarded a Durham University Excellence in Learning and Teaching Award in 2014. Vikki’s current research focuses on social inequalities of access to higher status universities and patterns and processes of social mobility across multiple generations.

Harriet’s work is concerned with the politics and governance of environmental issues. In her work on urban sustainability, Harriet has focused on questions of energy, smart grids, infrastructure, housing, mobility, waste and most recently nature and biodiversity.

Brian joined the Department of Sociology in 2018 and is trained as a sociologist, clinical psychologist and methodologist. Brian regularly publishes work with colleagues from across the University and around the world and his teaching areas include MA: Quantitative Methods in Social Science and Sociology of Health and Medicine.

Simon is the Deputy Provost, working as part of the Provost Office on the delivery of the University’s Academic Strategy. He is also Professor of Child Abuse and Neglect in the Department of Sociology. Simon's research relates largely to child maltreatment in its various forms and to professional responses designed to safeguard children’s welfare.

Veronica is a cultural anthropologist whose research focuses on human-environmental relations and, in particular, people's engagements with water. Working with diverse cultural groups, UNESCO and the UN, this work explores issues of ownership and management, governance, cultural beliefs and values in relation to water, and human and non-human rights. As the Executive Director of the IAS, Veronica has also led internationally acclaimed research on interdisciplinarity.

Our academic colleagues, all from departments ranked in the Top 100 in the world, join over 1,300 individual Fellows, 43 Learned Societies and a number of affiliates, representing nearly 90,000 social scientists.