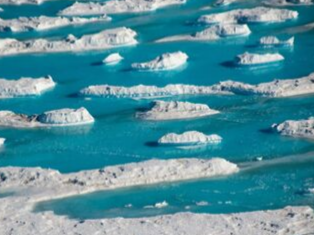 More than 65,000 meltwater lakes have been discovered on the edge of the East Antarctic Ice Sheet by our researchers.

The density of lakes seen in some regions of East Antarctica is similar to those seen on the Greenland Ice Sheet and on the Antarctic Peninsula – areas which are generally viewed as being much warmer.

The research was led by Professor Chris Stokes in Durham University's Department of Geography with analysis by undergraduate student Jack Sanderson as part of his final year project.