Why humans take so long to grow up 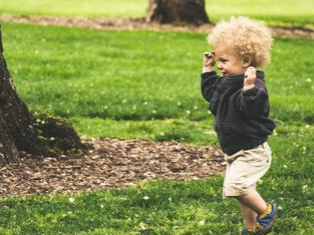 Why do our children take so long to grow up, compared to other animals?

We all know that humans have big brains. In common with apes, we grow relatively slowly and generally have long lives.

What is not yet entirely clear is why we have this slow steady development and live longer than species with smaller brains.

One theory is that species with big brains are more intelligent and flexible in their behaviour and therefore survive better for longer.

However, our anthropologists may have found a different answer, which flips on its head the idea that certain areas of the brain are fairly ‘primitive’.

They suggest that a large and complex brain simply takes longer to grow and ‘wire up’ meaning that large-brained species mature later.

The cortex is often considered an evolutionarily ‘advanced’ brain region but finishes growing earlier than the cerebellum which is usually assumed to control more ‘basic’ functions.

However, looking at these two distinct areas of the brain, the team supports recent findings which suggest that the cerebellum is in fact involved in many complex cognitive processes in which learning is important– not just the control of movements, as previously assumed.

The research shows that for the cortex to evolve to be large, primates need a longer pregnancy, whereas a longer childhood is needed for a larger cerebellum to evolve. This means it is critical for infants to have the right environment to develop crucial skills, such as through play.

The study suggests that we – humans along with other great apes - have extended childhoods due in part to our enlarged cerebellum.

Knowing how brains grow and evolve among our closest primate relatives is important for understanding why humans have evolved to have such distinctly large brains and long lives.