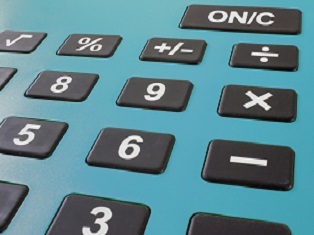 Low attainment in maths is seen as one of the most serious problems in UK education. Dr Lee Copping from the Centre for Evaluation and Monitoring (CEM) at Durham University tells us more about a project which will dig deeper into the causes.

How big is the problem of poor maths knowledge in children?

Poor maths knowledge is a significant issue and unfortunately, it is a problem that seems to be getting worse rather than better.

The proportion of the very lowest attaining students at the end of Key Stage 3, when pupils are 13-14 years old, has roughly doubled since the 1970s. This group now makes up about 15 per cent of the Year 9 cohort, and these students have difficulty answering even basic questions about core ideas from the primary curriculum.

Only 17 per cent of current 14 year olds can identify the correct calculation for the following problem:

22 litres of petrol cost £4.86. What calculation would I use to calculate the price of one litre?

What is the current research focusing on?

The project we are working on, called Investigating Mathematical Attainment and Progress (IMAP), examines the multiple potential causes of low attainment in maths and aims to identify how big a role each factor plays in low achievement.

The factors we are looking at include gender, socio-economic status, curriculum and teaching strategies, and individual influencers such as arithmetic ability, conceptual understanding or signs of cognitive delay.

How are you conducting the study?

We have used CEM’s MidYIS assessment which gauges the ability range of Year 9 pupils in a number of key areas including mathematics.

We are also using a new computer-based test, alongside student and teacher interviews, to examine the mathematical concepts that low-attaining secondary students do not understand and to profile their particular strengths and weaknesses.

Underpinning all of it is a systematic review and meta-analysis of the existing literature about classroom strategies addressing low attainment in mathematics.

What do you hope the research will achieve?

We hope that the results can provide evidence to inform policy and practice aimed at narrowing the achievement gap in mathematics, improve the teaching of low attaining pupils in secondary schools, and inform the design of appropriate interventions.

We will be sharing the findings from the project with maths teachers at a number of conferences and in workshops with teachers.

Who is involved in this research?

This is a collaborative project led by Professor Jeremy Hodgen from the University of Nottingham. It involves Professor Rob Coe (CEM and School of Education) and Dr Karen Jones and I from CEM as well as Professor Margaret Brown from King’s College London.

The study is funded by the Nuffield Foundation and is due to be completed by the end of 2017.