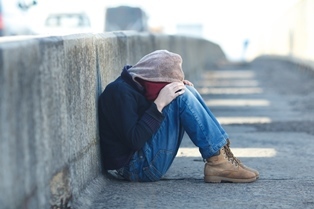 Durham University is a partner in a new £7.5m Centre of Expertise on Child Sexual Abuse launched by the UK Home Office and led by Barnardo’s.

The Centre will become the authoritative source of research and knowledge on tackling child sexual abuse and exploitation.

It is part of a package of measures, announced by the UK Government, to protect children and young people from sexual abuse, exploitation and trafficking, and to crack down on offenders.

Professor Simon Hackett, from the School of Applied Social Sciences at Durham University and a member of the new Centre’s Steering Group, has been working closely with Barnardo’s on developing the Centre and met with the Home Secretary, Amber Rudd, as part of the launch. His research focuses on child sexual abuse and safeguarding children.

He said: “This is an unprecedented opportunity to improve responses to children and families affected by sexual abuse and exploitation.

“Together with colleagues in the Centre, we’ll undertake research about the varying forms of sexual abuse, including what is effective in protecting children who have been victimised and what kinds of support families need.

“We will also better understand the actions of perpetrators of abuse, so that we can prevent abuse from happening in the first place. We’ll be able to use this knowledge to raise awareness amongst professionals and members of the public.”

The Centre of Expertise, a consortium of health, law enforcement and social care professionals, charities and academics, will receive £7.5m until 2020.

The Government’s measures also include an extra £20m for the National Crime Agency to tackle online child sexual exploitation, £2.2m for organisations working to protect children at risk of trafficking and the launch of Independent Child Trafficking Advocates (ICTAs) in three early-adopter sites across the UK.

Home Secretary Amber Rudd said: “Children should be able to grow up free from the horrors of sexual abuse, exploitation and trafficking. Something that should go without saying, but sadly that's not the case.”

Barnardo’s Chief Executive, Javed Khan, commented: “Through the Centre of Expertise we will develop a deeper understanding of this abuse so that more children can be protected and helped to recover. We will use our collective experience and expertise to develop a greater understanding of what works in the fight against child sexual abuse and to improve responses.”

The announcement comes as the Government publishes its Tackling Child Sexual Exploitation: Progress Report, detailing the steps taken so far and what more needs to be done to combat this terrible crime. It follows the 2015 Tackling Child Sexual Exploitation Report which set out a programme of work to address on a national scale the failures to protect children and young people seen in Rotherham and elsewhere.

The consortium is led by Barnardo’s and includes a range of academic, practitioner, and statutory partners including Professor Simon Hackett and colleagues from Durham’s Centre for Research into Violence and Abuse.