Archive of musician who modernised church music gets first showing 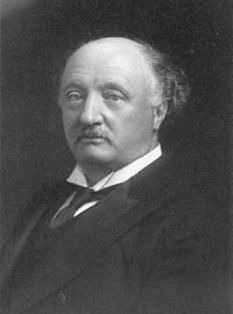 The works of an influential Victorian composer hailed for transforming church music will go on show at Durham University.

Musician John Stainer's world-famous hymns, compositions and arrangements, together with historical documents, manuscripts, paintings, letters and photographs, have been donated to Durham University by his descendants.

Stainer composed the Easter music The Crucifixion, and the classic hymn Love Divine, commonly used in marriage services across the world. His musical arrangements of Christmas Carols also became the standard versions of God Rest Ye Merry Gentlemen, The First Nowell, Good King Wenceslas and I Saw Three Ships, amongst others.

Professor Jeremy Dibble, from Durham University's Music Department, is the author of a book on Stainer - the 170th anniversary of his birth is in June.  Professor Dibble said: "This is an extremely precious archive and represents a major part of our national musical heritage.

As an organist and conductor, Stainer reformed church choirs by introducing regular practices and improving the conditions of choristers. He tripled the size of the choir at St Paul's Cathedral from 12 boys and 6 men to 36 boys and 18 men after he arrived there in 1872, and thousands of people flocked to hear the new standard of music.

His influence in reforming an archaic system of choirs dominated by the 'Vicars Choral' was particularly important. The Vicars had well-paid jobs for life, but lacked discipline, commitment and authority, and, besides missing services (which were often attended by deputies), did not see why they were required to attend regular practices.

At St Paul's, Stainer helped to restore the focus of London's metropolitan cathedral and thousands of people flocked to hear performances conducted by him and his playing. He was regarded as one of the finest organists in the country and was hugely admired by his contemporaries.

"I am delighted that the material which my cousins Michael and John Newsom and I have looked after for all these years will now go to Durham University, which specialises in the music of my grandfather's period and with which he himself had such close links."

The archive will be publicly available for scholars to study and a public exhibition is also planned. It is also hoped that some of the resources will be available for study online.

To recognise the donation, Durham University will hold a celebration of John Stainer and his music at a reception for invited guests on Thursday March 11.

Professor Dibble said: "John Stainer's influence can be heard in churches and cathedrals up and down the country throughout the year. The hymn, Love Divine, is one of the most popular ever written and is used in marriage ceremonies across the world.

"The Crucifixion is still a highlight of many church services at Easter and his arrangements of carols such as The First Nowell are national treasures."