Moon landing brought “insights into our own origins” 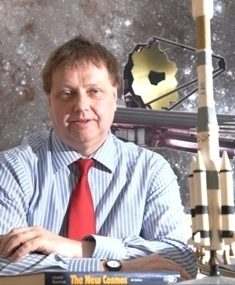 Man’s exploration of the Moon has brought everyday benefits and helped us understand our own origins, according to experts.

Monday, July 20, sees the 40th anniversary of the historic Apollo 11 Moon landing when man touched down on the lunar surface for the first time. Neil Armstrong would take his famous “small step” on to the moon hours later on July 21, 1969.

Professor Martin Ward, Head of Physics at Durham University, and a former consultant to the European Space Agency, said:

“Apart from the sheer wonder of seeing on live TV grainy images of man on the Moon, many people might ask ‘What has the Moon ever done for us?’.

“There are superficial justifications for visiting our nearest neighbour, one being that space technology saw the advent of non-stick frying pans.

“However, the Apollo programme also pushed forward computer technology and the miniaturisation of electronics which benefit our lives today.

“The deepest justification for visiting the Moon, though, is that many astronomers now believe it may have played a crucial role in the evolution of life on Earth.

“Information gained from Moon rock samples, and experiments set up on the lunar surface, have given us new insights into the makeup and evolution of the Moon and hence our own origins.”

The Reverend Dr David Wilkinson, who trained as an astrophysicist and who is a Christian theologian at Durham University, watched the moon landing on television 40 years ago.

Dr Wilkinson, Principal of St John’s College at Durham University, said: “At the age of six, I watched Apollo 11 launch and Armstrong take his small step.

“I was part of the generation excited to go into science as a result of this. Alongside its scientific achievements, its legacy is its effect on that generation.

“But Apollo also raised some of the big questions of the place of human beings in the Universe, from our environmental responsibility to spirituality.”