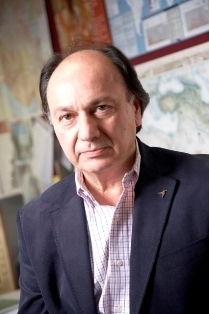 Iran’s next president could have “no other choice” but to compromise over the country’s controversial nuclear programme, a Durham University expert said today.

Dr Molavi said the result would have repercussions for not only the future economic development of Iran, but also for attempts to bring peace to the Middle East region.

He said: “Iran needs major investment in its oil and gas industries which would in turn create wealth, employment, and raise aspirations within the country.

“The United States would be the prime candidate for new investment, but the limit of the imposed sanctions on Iran makes this difficult.

“In the long-run Iran has no other choice than to compromise on its commitment to the controversial nuclear programme.

“Given the current economic problems Iran faces it can no longer afford high-stakes gambling as the country appears to slide towards a crisis.”

Dr Molavi added: “This election is about Iran coming out of its shell and taking its place among the community of nations in the globalised world we live in and in trying to contribute towards bringing peace to the people of the Middle East.

“If this is to happen, Iran and the West need to find common ground for progress instead of pointing the finger at each other.

“There are so many issues at stake that perhaps this is the most important presidential election globally”.