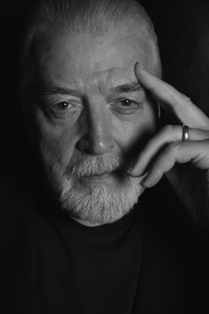 AN international rock star has created a major piece of orchestral music aimed at promoting Durham University and City throughout the globe.

Jon Lord, the former keyboard player in the rock band Deep Purple, has written the Durham Concerto to celebrate the University’s 175th anniversary and its past, present and future.

The Concerto, based around a day in the life of Durham, sees its debut, world exclusive performance to an international audience at the Cathedral in October 20. It will be performed by the Royal Liverpool Philharmonic Orchestra and Jon Lord will be one of four soloists, playing his Hammond Organ.

The Concerto will then be rolled out as an international concert series in the University's key overseas markets. The concerts will raise the University, Durham City and the North East England’s profile in these markets and will lay foundations for future international engagement.

The project was inspired by Durham law graduate John McLaren, merchant banker, best-selling novelist and classical music lover, who, with the University, commissioned Jon when he left Deep Purple in 2001 to concentrate on a career as a composer.

Jon Lord is internationally acclaimed for his pioneering rock-classical crossover style which received its first major public airing at London’s Royal Albert Hall in 1969 with his Concerto for Group and Orchestra, which inspired the work of artists such as Elvis Costello and Queen.

Although the Durham Concerto is not a crossover piece, its musical influences span jazz, ragtime, rock, and even Northumbrian folk music, including an old miners’ lament.

The 45-minute Concerto consists of six movements, arranged into three parts: Morning, Afternoon and Evening. Morning describes the Cathedral at dawn and then the town coming to life.

Afternoon starts with a movement representing the historic event where monks carried St Cuthbert’s body from Lindisfarne, and concludes as the composer contemplates the wonderful view from Prebends Bridge. The last section, Evening, captures the high spirits of a student dance and a Miner’s Gala, and ends with an imposing, but uplifting, movement in praise of the Cathedral.

Soloists at the Cathedral event also include the acclaimed Kathryn Tickell on the Northumbrian Pipes, and there are solo parts for the violin and cello.

Jon said: “When I first went to Durham, I was speechless. There is something about the space which is awe inspiring. Until then I had only seen Durham’s Cathedral from the train. Walking up through the old town to Palace Green and that astonishing Cathedral, I knew that I had said yes to the right project.

“If people who hear the music get just ten per cent of the buzz I got from Durham, I will have succeeded in my mission.”

Jon, 65, added: “Classical music is something I have held in my heart since I was a young boy. I had always written music and I started to play the classical piano at the age of six.

“Rock and roll snapped my head around and indeed has defined my career, but it never stopped me from loving classical music.”

Project inspiration John McLaren, who studied under Tony Blair’s father, Leo, as a student at Van Mildert College from 1969-1972, said a key aim in commissioning the piece was to convey the “overwhelming” beauty of Durham City and its University to global audiences.

“This is a sensational piece of music. Jon has used the medium of music to evoke the feeling, culture and history of Durham and the North East of England”, said John, who is also founder of the world-famous Masterprize awards programme for classical music composition,

“The position of the Cathedral and the Castle overlooking the river is one of the most extraordinary arrangements in the Western world. As a place to be a student it was and is totally remarkable.”

The writer Bill Bryson, Chancellor of Durham University, who describes Durham as a “wonderful” city and the Cathedral as the “best cathedral on planet Earth”, commented: “The prospect of a musician like Jon Lord performing an original concerto in a breathtaking space like Durham Cathedral is terribly exciting, not just for the University but for music fans everywhere.”

Tickets for the Durham Concerto are on sale now (priced £3-£12) from the Tourist Information Centre, Millennium Place, Durham, tel 0191 384 7641. touristinfo@durhamcity.gov.uk