Government’s early years education measures yet to make an impact 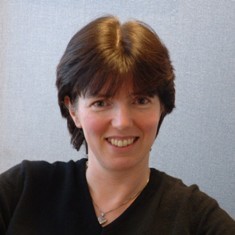 Research shows no change in developmental levels of children despite the introduction of several new early years’ initiatives.

A six year comparison of almost 35,000 children has shown that there has been no change in developmental levels of pupils entering primary school in this period, despite the introduction of several new early years’ initiatives over the past decade, new research from Durham University’s Curriculum, Evaluation and Management (CEM) Centre reveals.

The research, presented today at the biennial European Association for Learning and Instruction (EARLI) conference, shows that although there have been massive changes in early years education in the last few years, children’s development and skills at the start of school are no different now than they were before the introduction of the early childhood curriculum, the Sure Start programme, free nursery education for all three year olds and the more recent introduction of the Children’s Act 2002 and the Every Child Matters initiative.

The research used the CEM Centre’s Performance Indicators in Primary Schools (PIPS) assessment to measure the cognitive development of almost 35,000 children on entry into primary school between 2001 and 2006 and the authors believe it reveals potential policy implications for how future early years initiatives are introduced and monitored.

Dr Christine Merrell, PIPS Projects Manager at Durham University’s CEM Centre explains: “Our aim with this study is to provide a single perspective on the changing profiles of children starting school in England during a time of rapid change. While the PIPS assessments, used in the study do not measure how many children were involved in national initiatives, one would have expected that the major government programmes would have resulted in some measurable changes in our sample of almost 35,000 children. It is possible, however, that it is just still too early to measure the effects of these programmes particularly those of the Children’s Act and Every Child Matters, which were only introduced in the past few years.”

The authors believe that this research highlights a key implication for the implementation and scientific monitoring of future education policy. Dr Merrell explains: “Initiatives should be based on high quality evidence and be introduced in ways that allow for continuous scientific monitoring and adjustment in the light of evidence. That means randomly assigning programmes to sample groups and analysing the impact of these programmes through well-designed evaluations before introducing them on a wider scale. Even then, high quality data needs to be used to track the impact of the evolving intervention. Only then can the Government really measure what does and doesn’t work in education.

“This scientific approach takes time, financial investment and expertise. It is not a method that offers ‘quick fixes’, but requires long-term vision and is currently rare in education. However, we believe that it should play a pivotal role in making effective decisions, which the government itself believes to be crucial to a child’s development and their future prospects in life.”

The CEM Centre’s PIPS On-entry Baseline Assessment is one of a suite of assessments that enable schools to monitor children’s progress. PIPS is currently used by over 3,000 primary schools in the UK, 800 schools in Australia, and other schools worldwide including New Zealand, the Netherlands and South Africa. It has been translated into eight languages. Since its introduction in 1992, PIPS has tested several million primary school students.