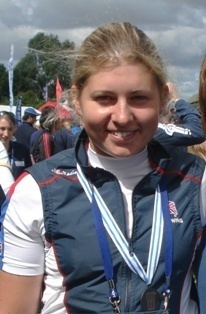 Durham University is celebrating another sporting success at the world under 23 rowing championships.

The event was a showcase for up-and-coming athletes likely to feature in the London 2012 Olympics and university chiefs are confident that some of those representing Durham will be selected for the Games in five years time.

All of those representing Durham reached their respective ‘A-Finals’, with Emily Taylor and Andy Graham winning bronze medals in their disciplines.

Emily who was identified by the Durham University Boat Club (DUBC) Talent ID Programme, only learned to row when she came to the University. This is a remarkable achievement for a second-year athlete new to the sport to be not only selected, but to win a medal – a first for GB Rowing.

Dr Peter Warburton, Director of Sport at Durham University, said the students’ achievements should not be underestimated.

He added: “These results show the strength of our programme, amidst very strong competition.

“We are immensely proud of our six athletes, and we wish them every success toward achieving their goals in the sport.

“Their success also reflects the sterling work of our coaching team in Durham, who are a great credit to the university. We hope a number of these athletes might go on to compete in the Olympic Regatta in just over five years’ time.”

Emily’s boat won its heat in the women’s coxless four to qualify for the final at last weekend’s event where it led to the 1000m mark, only to be beaten by Italy (gold) and Australia (silver).

Andy Graham also won a bronze medal in the men’s coxed four. At the half way marker in the final the GB boat was in fourth place, but rowed down Germany to claim a place on the podium.

Frances Fletcher and Emma Steele formed an exclusively DUBC crew for the women’s lightweight double, the second year as an under 23 for Frances, but the first for Emma having missed out last year.

Henry Chin finished fifth in the men’s lightweight quad, having qualified through the repechage.

Sebastian Stuart who learned to cox after joining the university - and only in his second year of coxing - finished sixth in the men’s eight.

Judith Rasmussen, Regional Director at Sport England North East, said: "To have six rowers from the region representing GB in the world championships demonstrates the incredible infrastructure supporting young athletes in Durham and to bring two world medals back to the North East is a credit to their great determination and effort.

“As attention turns to the London 2012 Games it is very promising to have such a wealth of young rowing talent in the region and it is an exciting prospect that one of them could achieve an Olympic medal in their home Games. Through the Talent ID programme we will continue to identify and nurture rowing stars of the future and ensure they reach their full potential.

"We congratulate the team from Durham University on what is a great achievement. They offer an exceptional example for the younger generation and are sure to help increase participation in rowing and sport in general.”