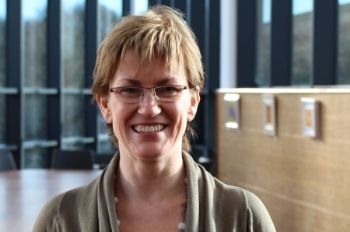 A Durham legal expert who shaped new laws on extreme pornography and upskirting has been appointed to a new panel of the UK Parliament.

Professor Clare McGlynn has been chosen for an eight-member panel of independent experts that will consider the most serious allegations of sexual misconduct or bullying against Members of Parliament (MPs). The panel includes several high ranking former judges.

Clare is an expert in the legal regulation of pornography and sexual violence and her research has shaped new laws criminalising image-based sexual abuse – the taking or sharing of private, sexual images without consent.

In January 2020, she was appointed an honorary Queen’s Counsel (QC), the highest recognition a non-practising lawyer can achieve in the UK.

A safe place to live, work and study

Clare was a member of our Sexual Violence Task Force (SVTF), which was set up to promote and embed a culture in which any incidents of sexual violence and misconduct are not tolerated, and a safe work and study environment is preserved.

The SVTF led to the formation our Sexual Misconduct and Violence Operations Group, which continues to lead our work to make Durham a safer place to live, work and study.

Clare’s appointment is another success for Durham Law School, which is among the top 50 in the world and includes a Centre for Chinese Law and Policy, the first of its kind for any UK law school and one of the biggest in Europe.

The Dean of the School, Professor Thom Brooks, is President of the Society of Legal Scholars, the oldest and largest learned society for academic lawyers; and in 2019 Professor Emma Cave was appointed to advise the UK’s Infected Blood Inquiry on medical ethics.