Can science and religion co-exist in the 21st Century? 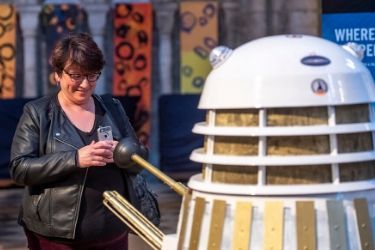 We live in a world where science is all around us: from how we travel to social media, medicine to climate change.

But followers of just the world’s three biggest religions, Christianity, Islam and Hinduism, still number about 70% of the global population.

So how can faith leaders engage with the scientific developments and ideas shaping society today?

Over the past few years, our researchers have been part of the Equipping Christian Leaders in an Age of Science (ECLAS) project.

The project has included:

Now, they have been awarded £3.4 million to fund a new, expanded three-year phase of the project.

Archbishop of Canterbury gives his backing

The project has the support of the Archbishop of Canterbury, the leader of the Church of England, who said it had considerable achievements and he was delighted at the new grant.

Justin Welby, who studied Theology at our St John’s College, said: “This new stage of the project with its combination of research and provision of resources will further deepen church-wide understanding of the challenges science and technology pose for society, and continue to contribute to the mission, ministry and theological reflection of senior church leaders as they respond.”

What the project will do…

The work will have five areas of focus:

The project will be led by David Wilkinson, an astronomer and theologian, and Principal of our St John’s College.